Famous Marketing Blunders and What We Can Learn from Them 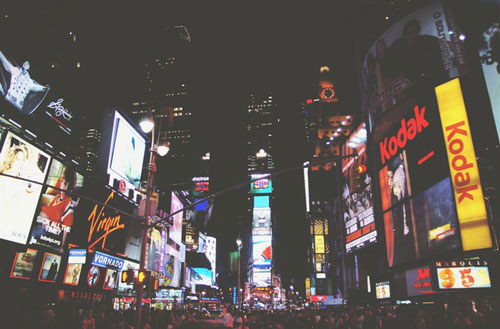 Most marketing blunders can be traced directly to a lack of audience knowledge, and forgetting to put them first. Audiences and customers want to know what’s in it for them, and want to know that you get them. They don’t want to be confused by your message and feel unheard. Here are some famous marketing blunders that we can learn from.

The audience liked regular coke, there was no complaint about the flavor and they had a large market share. New Coke is a good example of not listening to your audience and moving in your own direction without any thought. You must keep your audience in mind when you are creating any type of product. Coke customers were already happy.

In the 70s a very popular diet candy called Ayds came onto the market. Shortly thereafter, in the early 80s a horrible disease called AIDS was sweeping the nation. If the makers had kept their ears to the ground regarding trends in the news, they could have quietly changed their name and marketed the candy with the new name.

Choosing the right images for your marketing campaigns are very important. Think about what happened to The Beatles Yesterday and Today Album with their poor choice of cover. They got rid of the chopped up bloody dolls and switched album covers after the backlash. Again, you have to know your audience. Obviously chopped up and bloody babies isn’t a good image for The Beatles’ audience.

You’ve seen the Burger King “King” commercials, right? The King comes into people’s rooms, in their beds, and in otherwise private moments, and it’s just wrong and creepy. The consensus for this commercial was “ick” and soon the King was gone. Humor is a good thing to use, but you must understand your audience and the type of humor they have.

Being Insensitive to Various Groups

In the famous Snickers commercial, Mr. T bullies and makes fun of a speed walker for his choice of exercise and literally shoots him with Snickers bars. This commercial was not funny and did not bring home the message of a yummy, filling, peanut-filled snack to give you energy. Instead, it made people angry and they didn’t even notice the product. Your audience is first; product placement needs to make them feel good about using it.

Going Too Far with a Joke

You’re likely familiar with Skittles Pox and while those commercials are funny, the first foray into “Touch the Rainbow” campaigns wasn’t as funny. A commercial about a man who can’t touch anything, including his grandson due to turning everything into Skittles isn’t funny. It would be funnier if non-living things turned to Skittles instead of killing people. Death never translates well in marketing messages.

Maybe it was on purpose, maybe not, but when Disney Garden came out with Hannah Montana Red Cherries it didn’t go over too well. It’s very important to ensure that your message isn’t made into a bad joke. This of course starts with knowing your audience, understanding modern meanings for words, and testing your message.

Most marketing companies don’t mean to make bad puns, turn their company into a joke, or have the point of their advertisements missed all together. But, it does happen. And as you can see, it happens to large corporations with experts who should know better. Maybe it just goes to show that you can’t get to know your audience enough, or keep your ear to the ground enough, or test your messages enough.

Please share your thoughts on this in the Comments section below.